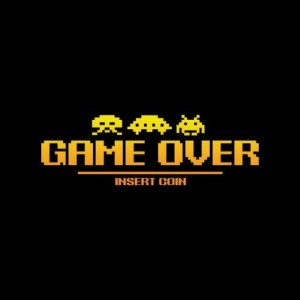 As a developer of young children’s educational games, I often find in my work that clients are hesitant to develop games in which children have negative consequences, either by losing games or getting negative feedback during gameplay. Some games are designed around the notion that the child is never given any indication that they’ve done anything incorrectly.

This to me seems like an eccentricity of the educational gaming community, and not necessarily a useful one. Certainly in the more straight up consumer gaming industry, a great deal of the learning is reinforced by what could be construed as negative consequences. I certainly understand the idea that children need to be empowered and feel successful (and that success in turn begets success). I also understand that negative feedback for a four year old shouldn’t be scary sirens exploding in their ears. That having been said, I think that well-managed, admonishing negative feedback can be a strong motivating factor.

Children learn risk and reward by being willing to throw a life at a possible strategy to overcome an obstacle in a game. They learn correct paths by stumbling over incorrect paths, they learn patterns by attempting to replicate them until they’ve mastered. Negative feedback can be a learning moment. I have a difficult time envisioning a math teacher creating a quiz that accepts any answer as being more, or less, successful. Even in the most forgiving game of T-Ball a player can make an out.

My wife and I have a one year old daughter who’s feverishly working toward walking. She can scoot around holding onto furniture or to one of us, but what she really wants is to go on her own. When she tries, my wife and I cringe watching her wobble, tumble, and fall, and we typically swoop in with hugs. But we have to let her try; it’s how she’ll learn.