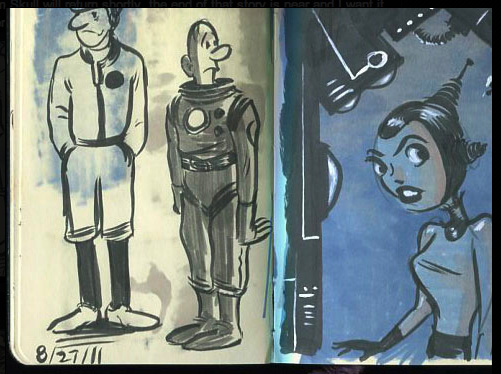 George Pfromm is Boston-based illustrator, animator, and cartoonist. I don’t know anyone who’s a better action and adventure illustrator or who’s better with a brush pen. The fact that he happens to be a helluva guy and a joy to work with is an added bonus. George is a real student of illustration: a terrific and fearless draftsman with a flair for dramatic visuals most pros would be too intimidated to try. His cities of the future were born in a foward thinking past. His high tech creations involve no microchips; they’re powered by a team of fez-wearing monkeys shoveling piles coal into the bowels of a beast. But they’re funny at the same time.