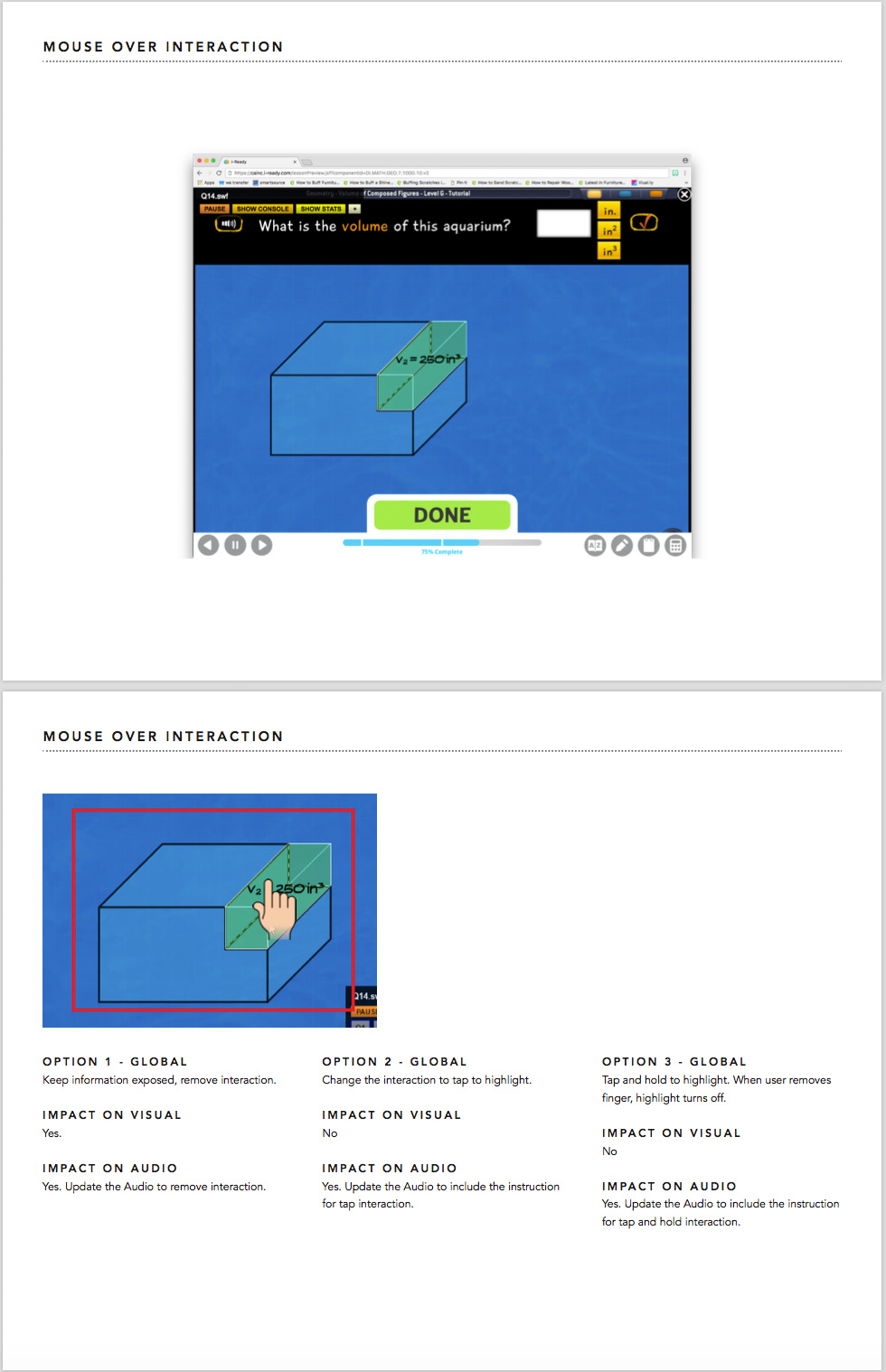 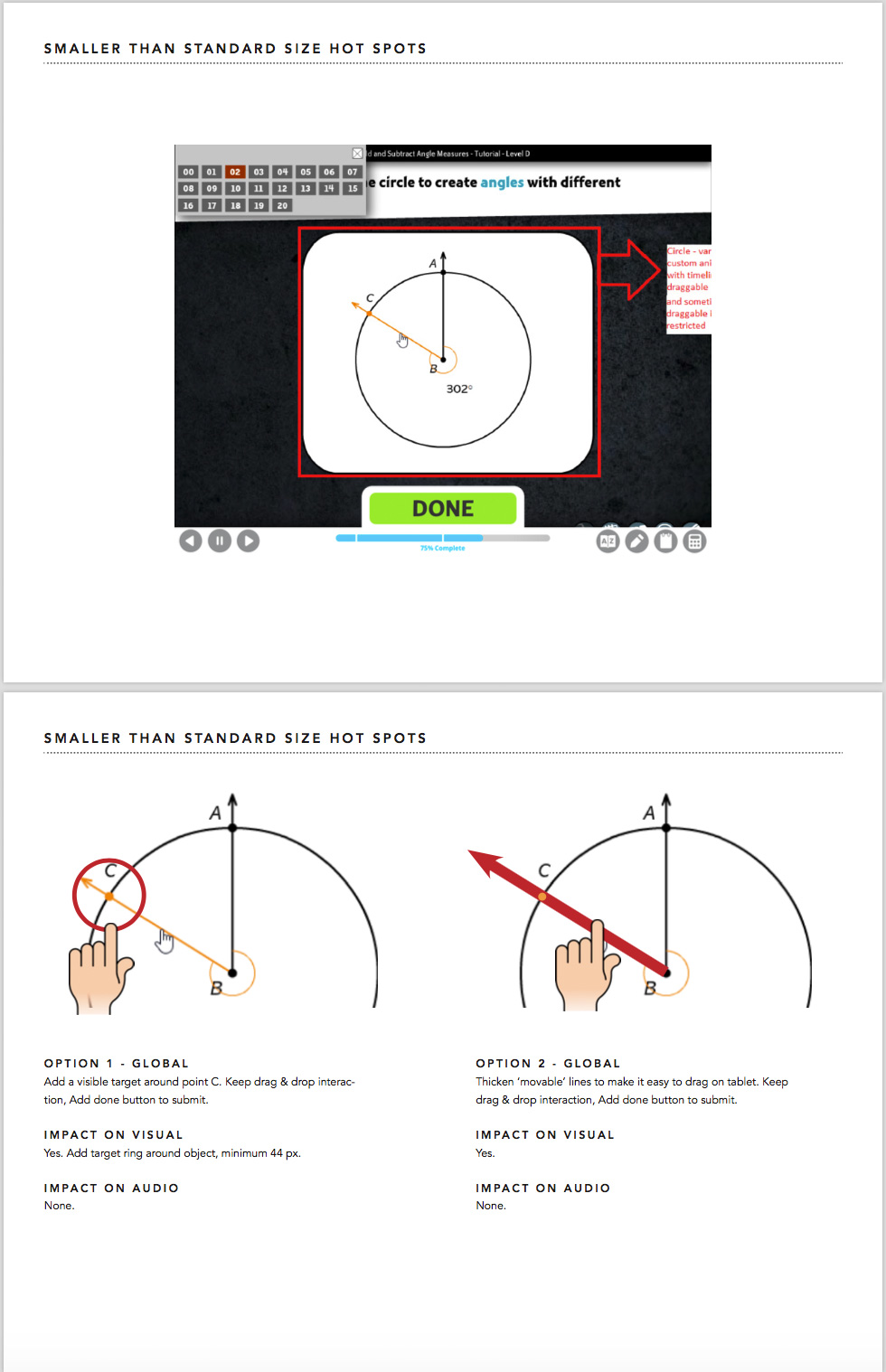 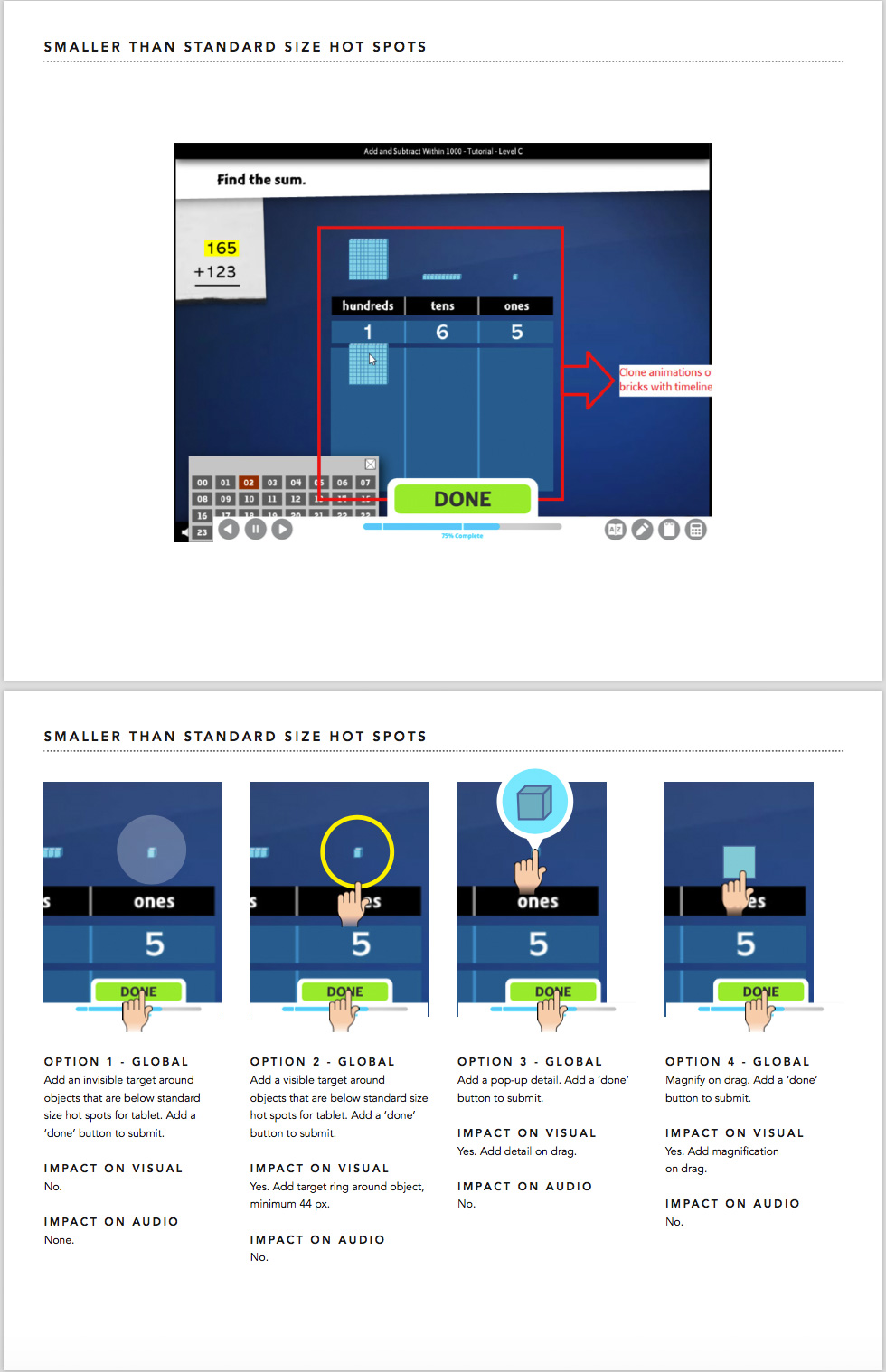 In 2016 CA made a large-scale business decision not only to cease developing in Adobe Flash– or at least to stop producing SWFs as a file type. In addition, we chose to convert all previous content to HTML5 in order to keep coverage of the most educational content. This was a massive undertaking to be played out in a very short time. The task was made all the more difficult in that the previous development had been done by a number of different groups, over a number of different periods (over a decade + more than the institutional memory of the team!), with ever-evolving standards, or even truly bespoke one-off development. There were literally dozens of conflicting UIs, UI with similar function but different form, lots of rollover that would not be supported on iOS, and over the years, hundreds of fonts implemented. The solution was to come up with a rulebook that could act as a bible for change at the production-level.

We vetted and hired a really great overseas firm we felt confident could do the conversion but knew that the task of combing through enormous volumes of work in order to provide direction would prove an impediment. I worked with a UX group to conduct a general survey of existing materials, quantify the most likely UX problem areas, and set a sliding set of solutions to be executed by the individual employees of our conversion firm. They were trained that for any given hurdle, solution A would be preferable, but if previous bespoke development made solution A unachievable, to then move to solution B, etc.

We took the same approach for typography, normalizing the wide range of fonts used, categorizing them by usage type (sans-serif body copy, comedic font, script, etc.) and suggesting a much leaner array of choices, with typographic metrics to make them work in pre-existing layouts.

In the end, we were able to convert many hundreds of lessons on time and under budget, while improving the UX and visual consistency across a huge volume of content.